What's all the fuss about?

It's full of synthetic hip-hop music and naff choreography. There's nothing to it. You'd be better off spending the evening in the pub.

But it is valid.

It is the opinion of a rock musician, who saw the show on Wednesday night. The fella loathed it so much he left at half-time, and sat the evening out on his own in a local boozer.

I tell you this, because it is worth acknowledging amid all the hype and hysteria that Hamilton is not for everyone. For some it will be simply the latest irritating American theatrical import to roll off the Transatlantic conveyor belt, jazz hands and all.

To say Hamilton is just another transfer from Broadway would be like saying the Sex Pistols were just another boy band. It is a ground-breaking, game-changing, epoch-defining musical.

It is… a masterpiece.

I get what the rock guy was saying about the music feeling more anodyne than the sort of thing you'd find at a downtown hip-hop gig, or a rap night in a subterranean club.

He's right, it doesn't have that sense of barely contained anger or raw energy. But that's because it's a musical in a theatre, which is several stops along on the entertainment express from a sweaty night in a mosh pit.

The way in which it goes about its business of telling the story of Alexander Hamilton, a largely unknown figure in America's fight for independence (although he is the face of the $10), is unprecedented, compelling, and important.

We meet our man and hear of his demise in the opening scene and first song of the show, in which its principles and premises are established:

How does a bastard, orphan, son of a whore and a

Scotsman, dropped in the middle of a forgotten

Spot in the Caribbean by providence, impoverished, in squalor

Grow up to be a hero and a scholar?

This is to be a tale as much about immigration, class, and race as it is about politics, war, and love.

In a casting move that echoes the revolution being played out on stage, the Founding Fathers are all non-white.

Their struggle is mirrored in the music, which comes from the African-American cannon (hip-hop, rap, jazz, R&B, and soul). The old establishment figures (George III and his army) on the other hand, are white, pompous and detached.

Barack Obama, who has been to the show several times, loves it.

President Trump, who has not seen it, called it "highly overrated".

I feared, having seen the show in New York, that it would lose some of its magic crossing the Pond.

In fact, if anything, it is better.

The songs, the music, the book, the acting, the singing, the choreography, the staging, the costumes, the lighting, the sound, and the newly refurbished theatre – are all five-star.

Jamael Westman, a RADA-trained rookie, plays Alexander Hamilton with the skill and charisma of an established star. The transformation his character has to make from a naïve, orphaned, teenage revolutionary to a political heavyweight helping shape a newly independent America, is not easy.

Westman makes it look a cinch.

Alongside him is the more experienced Giles Terera playing Aaron Burr, Hamilton's friend and fatal foe, in a combined role of both narrator and protagonist; a structural task he lands with the easy authority and perfect timing of Mohammad Ali in his pomp.

The knock-out punches though, are delivered by Michael Jibson's George III.

The King might have lost America, but he steals this show every night with three fabulously camp entrances, in which he asks America if going it alone is really that good an idea (You'll Be Back):

You'll be back, time will tell

You'll remember that I served you well

We have seen each other through it all

And when push comes to shove

I will send a fully armed battalion to remind you of my love!

In New York the audience whooped, then laughed at a song that is right up there with Carly Simon's You're So Vain, as one of the most bitter and sarcastic break-up numbers ever written.

The London audience reacted slightly differently. Before the laugh is an anxious pause, as they quickly recognised the Brexit connotations, albeit with a Hammond not a Hamilton in charge of the Exchequer.

The singing is terrific throughout, but special mention has to be given to Rachelle Ann Go as Hamilton's wife Eliza, and Rachel John who plays her sister, Angelica Schuyler. They sing with a soulfulness and musicality that has the audience rapt, most particularly in the Act I numbers, Helpless and Satisfied.

It is timely, intelligent, and irresistibly entertaining from the first note to the last. And also surprisingly scholarly.

Lin-Manuel Miranda, a one-time teacher, read Ron Chernow's epic 800+ page 2004 biography of Alexander Hamilton while on holiday, and pitched to the now 68-year old historian that it would make the perfect subject for a hip-hop musical.

After some persuasion Chernow agreed, Miranda then performed the opening number at a White House poetry jam in 2009 and the rest, as they say, is history.

SHINee’s Onew pays heartbreaking tribute to Jonghyun: ‘Remember – somebody loves you more than you’

What films will you be watching in 2018?

Big Brother will return next year on ITV2 and online 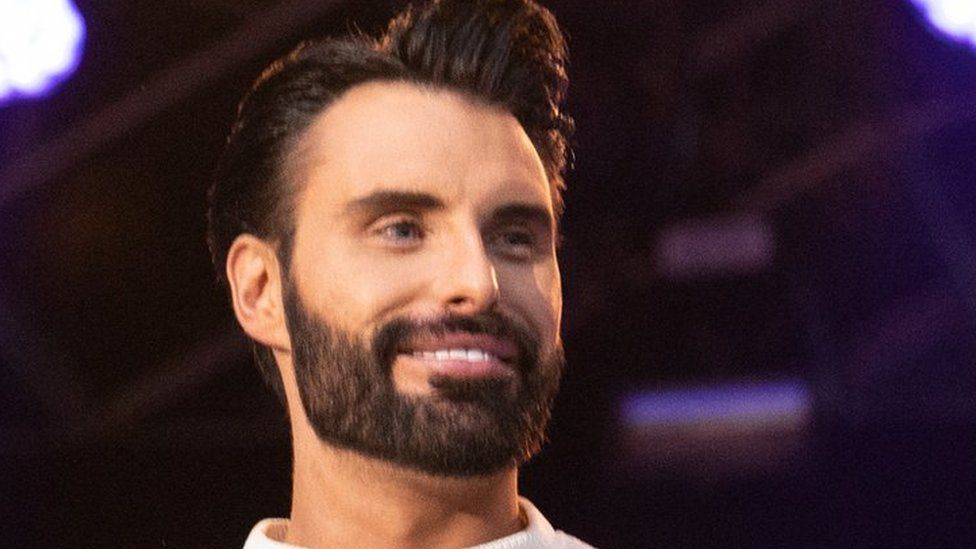 Big Brother, one of the original UK reality TV shows, will return to screens in 2023, years after being axed by both Channel 4 and later Channel 5.

The show, which launched careers of ITV presenter Alison Hammond and Radio 1 DJ Adele Roberts, will be revived by ITV2 and new streaming platform ITVX.

A promotional video aired during the Love Island series finale on Monday evening.

Officials said the famous house will return with a “contemporary new look”.

The returning programme – which was originally on for 18 years – will see a cast of “carefully selected housemates from all walks of life” live together under strict surveillance for up to six weeks.

Similar to previous editions, the public will regularly vote contestants off in live evictions, as well as deciding on an overall cash prize winner.

“This refreshed, contemporary new series of Big Brother will contain all the familiar format points that kept viewers engaged and entertained the first time round, but with a brand new look and some additional twists that speak to today’s audience,” said Paul Mortimer, ITV2’s reality TV chief.

“We’re beyond excited to bring this iconic series to ITV2 and ITVX where it should especially engage with our younger viewers.”

The series, which takes its name from the all-seeing ruler in George Orwell’s novel, Nineteen Eighty-Four, first appeared on Channel 4 in 2000, and was won by Liverpudlian builder Craig Phillips.

It was influential, both as a public social experiment and also in creating a new form of celebrity, with normal people prepared to have their every waking (and sleeping) moment caught on camera and broadcast to the world.

Despite its early success and influence, the National TV Award-winning programme soon found itself embroiled in controversy over reports of bullying, racism, fixing, and general toxic behaviour in the house, with complaints being made to both the police and Ofcom.

The show moved to Channel 5 in 2011 but was axed in 2018 amid a ratings slump. Channel 5 controller Ben Frow later said he had no regrets over the decision and that the media landscape had become “very crowded with reality shows”.

Speaking on the BBC Sounds Podcast, Unreal: A Critical History of Reality TV, this summer, Big Brother’s creative director Philip Edgar-Jones said audiences “very clearly hated it” when producers intervened in the programme too much.

“We call it ‘jumping the shark’ in television, when you the hand of the producer is too overt and you feel like the show has therefore lost that sense of authenticity – that’s when the audience gets more angry.

“Being authentic to the show, you create this world with its own internal logic, and you can’t break that internal logic, otherwise you break the magic and you lose the trust of the audience.”

At the time, Big Brother producers said they were open to “future possibilities”, apparently leaving the door open for a return one day.

Irish singing duo Jedward, the identical twin brothers who twice appeared on the celebrity version of the show, have made an early bid online to host the returning series.

Kim Kardashian ‘wasn’t planning on’ a relationship with Pete Davidson 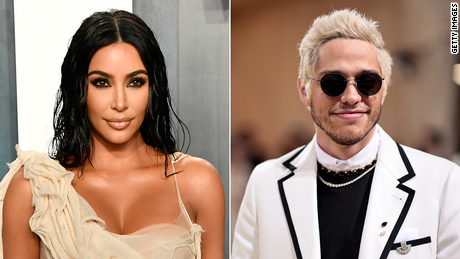 Kim Kardashian did not see loe coming with Pete Davidson.

In a conversation for Hoda Kotb’s “Making Space” podcast, Kardashian explained that she’d been single for about 10 months before she was ready to date again.
“I think that, you know, sometimes things happen when you just least expect it. It was the last thing that I was really planning on,” she said, “And so when it did happen, we were kind of, like, ‘Oh, my God, I wasn’t planning on this. And this isn’t even what I was thinking of,’ and it just makes it that much sweeter and so much more fun.”
In February 2021, Kardashian filed for divorce from Kanye West.
Kardashian and Davidson appeared in a “Saturday Night Live” sketch together last fall where they shared a kiss. They became Instagram official in March.
“I definitely took my time,” Kardashian said. “I took, you know, 10 months or something before I dated or talked to anyone. And I just wanted that time to really figure out and go through the motions: ‘Am I making the right decision? How do I feel about this?’ So once I went through all of the motions, I finally was, like, ‘OK, guys, I am so ready to meet someone.’ And I randomly did.”
Despite their very public relationship. Kardashian says she is keeping some aspects of her time with Davidson private.
“I do think that I am holding, you know, a little bit more close to my heart on certain aspects of my relationship with Pete, and it feels good just to know that, like, we have this connection and we have our little bubble of a relationship world that we live in that, like, not a lot of people know about,” she said.
For now, Kardashian said just being with Davidson puts a smile on her face.
“We were driving in the car yesterday and I just, like, looked at him and I was like, ‘Thank you.’ And he was like, ‘What?’ And I was like, ‘For running errands with me, like, this is so much fun just to, like, go to a doctor’s appointment or go to the dentist and just, like, run errands. I’m having so much fun.'”
Read from: