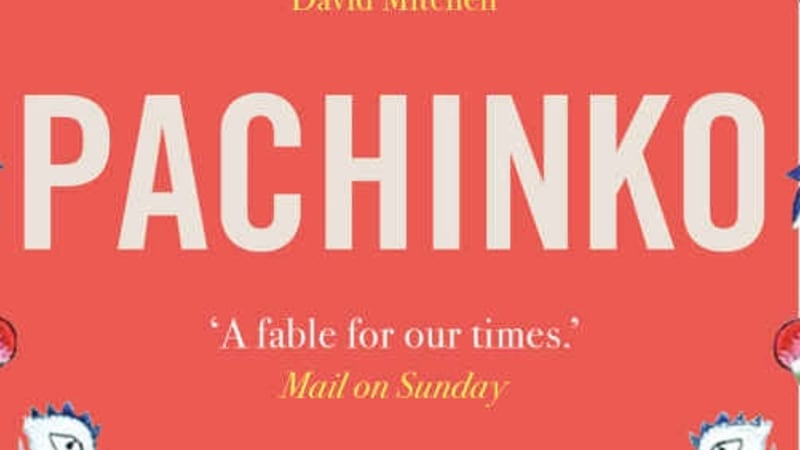 Min Jin Lee uses the individual life, not the world-historical one, but then shows how the one impacts on the other. Her novel is grandly conceived and bristles with intelligence and ambition. Two quotations brood over it. The first from Dickens: "Home is a name, a word, it is a strong one; stronger than magician ever spoke, or spirit answered to, in strongest conjuration."

The second, from Benedict Anderson about a nation as "an imagined political community … imagined because the members of even the smallest nation will never know most of their fellow members … yet in the minds of each lives the image of their communion."

This is clever stuff and makes for a long haunting novel about Korean exile and Japanese repression.

I read the first half wondering if this was a Tolstoyan recapitulation of how the Koreans become the day labourers and chattels of the Japanese and then the second at speed.

A young girl becomes the lover of an older man — she's 16, he's 35 — falls pregnant to him, certain that he will marry her only to discover he has a wife in Japan and she can only be his Korean substitute.

Instead she marries a Christian pastor, also Korean-born, and they travel together to Japan. He's happy to be father to her child and his own but falls foul of Japanese fascism and Shinto repression. They work at subsistence level for the Japanese.

And in the midst of this — but with a growing powerful susurration – various family members get involved in the pachinko business, pinball parlours, the shady side of gambling, which leads back to the sinister father figure, the spiv in Osaka who is a yakuza.

Min Jin Lee skilfully shows how individual lives may be shrouded or foreshortened by gaps in knowledge, how family history is full of gaps and mysteries. So she presents her characters as in highlighted epiphanies: sudden outpourings of grief, rage, hatred or despair.

The narrative burbles with apparent inconsequence only to have it turn savagely dramatic or have central figures die, as it were, offstage. But the encompassing vision Min Jin Lee impresses with is the sheer range of experience crowded into the family chronicle.

Pachinko is a book that has the amplitude of the technique that is resolutely social realist but encompasses peasant women and bright boys in New York arguing about George Eliot. But Lee's key to the whole sideshow is the Korean/Japanese relation. Pachinko insinuates itself as the Homer of this landscape, it arrogates to itself a right to present the life of the Korean who is dirt under Japanese feet, driven to the dark corners of dodginess in a context of ancient virtue and a diagrammatic simplicity of technique.

Pachinko is a massive attempt, full of subtlety and strategy, to universalise the Korean experience by showing it with its nose pressed to the glass of history. The novel it has most affinity with both in terms of deliberate populism and its very intelligent stab at a latter-day Tolstoyanism is Vikram Seth's A Suitable Boy. Both books slum their way towards the highest possible acclaim.

Min Jin Lee is a guest at Sydney Writers' Festival, April 30-May 6. swf.org.au

What difference can a book prize for woman make? Lots, actually

Lyrically, it primarily focuses on two aspects of the Carters' lives: their marriage and their success. END_OF_DOCUMENT_TOKEN_TO_BE_REPLACED

Griffiths, who is about to begin editing the Melbourne Cup drama Ride Like A Girl after finishing the shoot, endorsed Hollywood star Sandra Bullock's recent comment that it was time for women to "stop being polite" about gender equality. END_OF_DOCUMENT_TOKEN_TO_BE_REPLACED

"Decades after the nations child welfare system ended the use of orphanages over concerns about the lasting trauma to children, the administration is standing up new institutions to hold Central American toddlers that the government separated from their parents." END_OF_DOCUMENT_TOKEN_TO_BE_REPLACED