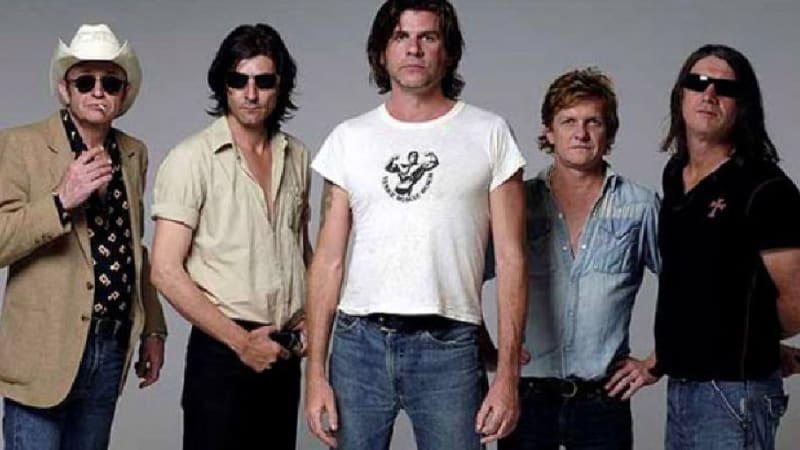 I Get Up Again – A Benefit for Brian Hooper featuring the Beasts of Bourbon
Prince of Wales Hotel, St Kilda
April 13
★★★★½

St Kilda's Prince of Wales bandroom rocked, rolled and erupted on Friday with an outpouring of emotion from fans, friends and musicians all united in a common purpose – showing their respect and admiration for Brian Henry Hooper.

Hooper is fighting a serious health battle but this night fellow musicians including Gareth Liddiard, Rosie Westbrook, Penny Ikinger, Joel Silbersher, Mick Harvey and Adalita came together for one almighty night of rock 'n' roll – raising funds through ticket sales to assist Hooper and his family.

Queensland's Six Ft Hick punched out the first blast of their take on swamp rock with brothers Geoff and Ben Corbett hurling themselves around the stage, howling and whipping up energy levels that soon spread across the darkened room. Kim Salmon and the New Scientists with Clare Moore on drums, plus original Scientists and Beasts of Bourbon member Boris Sujdovic on bass, steered the ship home at the other end of the night with a stunning set featuring Solid GoldHell, Frantic Romantic and Atom Bomb Baby.

However, when the Beasts of Bourbon are on the bill, it's this most swampy, grittiest and toughest of bands the fans are there to get behind and this was no different. Hooper, too, was there to make sure the night went off with a bang and was rock 'n' rolled onto the stage in a wheelchair before being handed the bass guitar he made his name with, both here and overseas playing with the Surrealists, with Rowland S. Howard and the Beasts from the early `90s.

Throughout his career Hooper has written, performed on stage and made records, including solo albums Lemon , Lime & Bitter and The Thing About Women like his life depended on it. ''With the Beasts, it's always a pleasure,'' Hooper said, after singer Tex Perkins commented how good it was to again be on stage together.