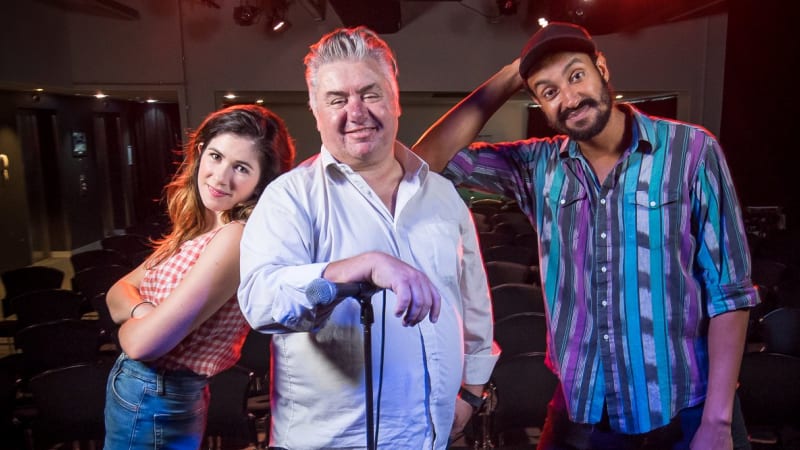 "We're mainly in the inner [city], but we've booked shows at Chatswood, we get out to Parramatta," Menidis says. "We're kind of everywhere."

When it first started, the festival had about 30 acts, and international performers were the big drawcards.

"Now it's the Australians who are the real standouts," he says. "We still second-guess ourselves and generally don't recognise we have world-class talent."

The festival scours the world's festivals, such as the Edinburgh Festival and Canada's Just For Laughs, to bring international acts and fan favourites Down Under.

Yet it also has the knack of picking future local stars such as Ronny Chieng, who first appeared on the bill in 2011, and now appears regularly on The Daily Show with Trevor Noah.

"We're pretty chuffed with the number of people that we had on our Fresh [program] that have gone on to have massive careers," Menidis says.

"There are emerging comedians like Becky Lucas. She's writing, she's performing, she's very funny … and you can put her up against anybody around the world."

Menidis says Sydney's comedy landscape has become "far more interesting" and nuanced over the years. He thinks we have always had diverse acts, but they were "siloed".

"Way back when the guys were doing Wogs Out Of Work, they weren't mixing with the general population, so to speak. I think today a lot more people are prepared to try things and it's really a reflection of where society is at."

Menidis believes Australians have no problem laughing at themselves.

"We have a fairly healthy sense of humour … other than maybe [about] our cricket team."

As for the eternal question – will Sydney ever steal Melbourne's comedy crown? – he says we should forget about the rivalry and celebrate a golden period of Australian comedy.

"There's so much good comedy coming out of Sydney. The comedy scene is so healthy," he says.

The Sydney Comedy Festival runs from April 23 to May 20, www.sydneycomedyfest.com.au.

Jorge Menidis and Charles Purcell run their eye over this year's line-up.

Leave her at home