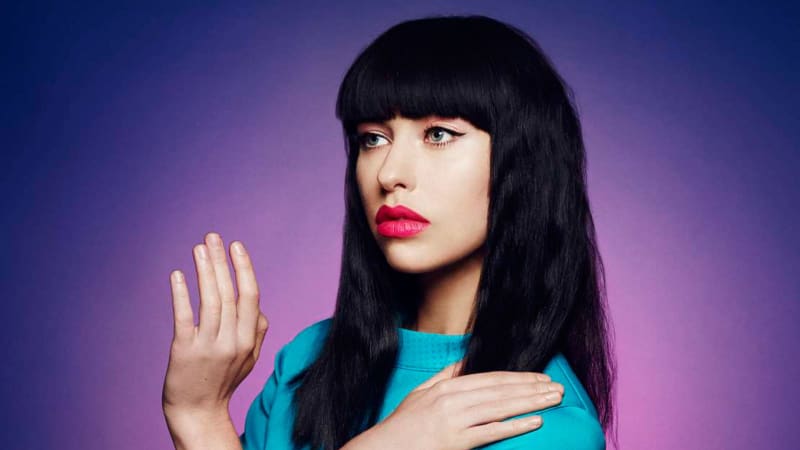 AFTER THE FALL (ECM)

Before you get too excited, no, pianist Keith Jarrett, bassist Gary Peacock and drummer Jack DeJohnette have not reunited. This double album is just another glittering gem from deep in the ECM vaults, released just on 20 years after it was recorded live. In fact this was the first concert that Jarrett gave in the wake of his two-year lay-off due to chronic fatigue syndrome. It was preceded by some trial rehearsals – the first and last in the acclaimed trio's history! – at his home to see if he was up to it. Even so, Jarrett didn't know for sure that he would not collapse mid-gig, and therefore settled on what he considered to be a safe repertoire. I defy anyone to pick that this was a pianist and band that had just had a two-year hiatus. If anything the sense of risk that must have been suspended in the air seems to have created its own sparks, not to mention the threesome's sheer joy and abandon of doing it again. Highlights include a tender Old Folks that unrolls like a bolt of silk, a super-groovy Doxy, and an Autumn Leaves that they stretch into something distinctly and thrillingly omni-seasonal. JOHN SHAND

Few things remind one of the swift passing of time like realising that it is already a decade since New York noise-makers A Place to Bury Strangers broke through with their ear-splitting debut. While their sound has evolved (helped along on this fifth record by new drummer, ex-Le Butcherettes player Lia Braswell, who adds a lighter touch to the darkness), there's also an attitude of if it's not broke, why fix it? It is the subtle changes that push the sound: opener Never Coming Back sees singer Oliver Ackermann allow his voice to rise above the pulsating, post-punk mix, and Braswell's harmonies are a brilliant new aspect. Likewise, their alternating verses on the surprisingly instantly accessible There's Only One of Us adds a new colour and lessens the relentless bleakness the band has been prone to deliver. Fans will relish in the ferocious noise on tracks like Look Me in the Eye, and while APTBS on record never quite reach the memorable heights of their live shows, here they focus more on a cleaner sound and dynamics, instead of trying to live up to their reputation as the loudest band in the Big Apple. BRONWYN THOMPSON

LIVE AT THE NCH (Real World/Planet)

A fine mist seems to descend right from the opening moments of The Booley House, so delicate and wistful is Martin Hayes' fiddle, and immediately you sense that the Gloaming's third album (recorded live in Dublin's National Concert Hall) is going to sustain the wonder and peculiar magic of their first two. The six tracks are stretched in the way that they like to do live (as we learned in Australia in 2014), and transported to places beyond the scope of the original tune. While all five members play their part in this, it is Thomas Bartlett's piano harmonies that so often envelop a melody from Hayes' fiddle or Caoimhin O Raghallaigh's hardanger d'amore, and shift it subtly in mood, until it is like looking at an image through lightly frosted glass. He does the same behind Iarla O Lionaird's mesmeric singing, too, with the song Cucanandy taking a fork in the road so that improbable harmonies suddenly surround the elfin air, as if haunting it. And then, like power held in reserve, there is Dennis Cahill's acoustic guitar, which can be phenomenally propulsive (The Sailor's Bonnet), while still remaining largely obscured in the mists of those melodies. JOHN SHAND

Few singers were as exquisite across such a variety of styles and roles as the great German mezzo-soprano Christa Ludwig, whose 90th birthday this 12-CD set celebrates. She was equally at home with Bach, Wagner or Schubert; singing oratorio, the most dramatic opera roles or the most intimate lieder. I always cherished her Mahler – both intense and tender – which is well represented here: Kindertotenlieder, Ruckert Lieder and Das Lied von der Erde with Karajan, plus a ravishing Urlicht (Symphony No 2) with Bernstein. Besides a plethora of celebrated Wagner and Puccini, there is consummate Pergolesi, Mozart, Handel, Schumann, Richard Strauss (with Elisabeth Schwarzkopf in the most perfect Rosenkavalier), Bartok and Bernstein, a ravishing Brahms Alto Rhapsody with Bohm, and a rare female Winterreise. The great critic John Steane said the only mezzo to compare in the triple roles of lieder singer, opera star and general musician was Janet Baker: exalted company. Serious and dramatic roles were her forte, but she had the full soprano range and sang many parts. The excellent liner notes include interviews about her favourite conductors. BARNEY ZWARTZ

He's shaved off the mad-prophet beard, but Josh T. Pearson's inherent wildness is resistant to any razor. The Texan son of a Pentecostal preacher shone brightly for a short time with Lift To Experience, a cult band that offset their feverishly evangelical lyrics with a feedback-laden sound on their sole album, 2001's The Texas-Jerusalem Crossroads. The Straight Hits! is only Pearson's second solo record since then and, hardly belaboured, it was written in three days and recorded in three more. Pearson set himself rules, from using the word "straight" in the song titles to limiting himself to 16 lines or less. Ironically, the restrictions have freed him up. On Straight To The Top! he channels the scuzzy country-punk of The Gun Club and Green On Red; on Straight Laced Come Undone he somehow sounds both tender and horny as he croons "let me help you with your dress off, then we'll start to get it on". His Texas twang is in full effect: you can almost see the arched eyebrow, raised in sync with the curled lip. That can come across as hammy, however, even as Pearson sticks his newly-shaven chin out. BARRY DIVOLA

Lyrically, it primarily focuses on two aspects of the Carters' lives: their marriage and their success. END_OF_DOCUMENT_TOKEN_TO_BE_REPLACED

Griffiths, who is about to begin editing the Melbourne Cup drama Ride Like A Girl after finishing the shoot, endorsed Hollywood star Sandra Bullock's recent comment that it was time for women to "stop being polite" about gender equality. END_OF_DOCUMENT_TOKEN_TO_BE_REPLACED

"Decades after the nations child welfare system ended the use of orphanages over concerns about the lasting trauma to children, the administration is standing up new institutions to hold Central American toddlers that the government separated from their parents." END_OF_DOCUMENT_TOKEN_TO_BE_REPLACED