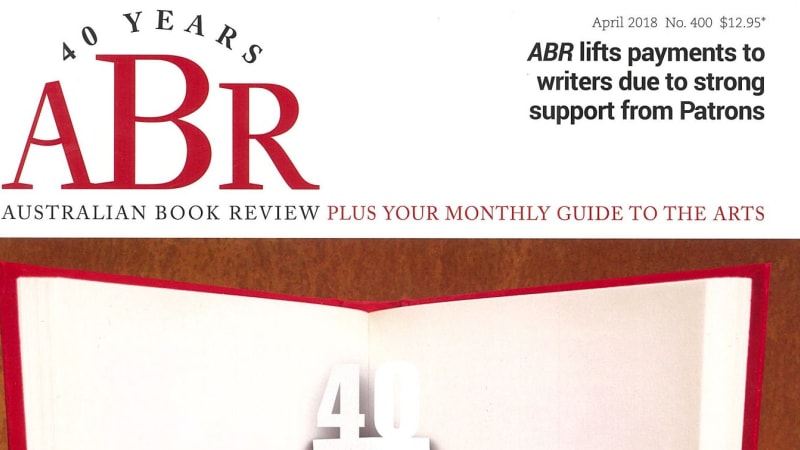 Rose, a former publisher and a renowned poet, is the sixth editor, after Kerryn Goldsworthy, Louise Adler, Rosemary Sorensen and the late Helen Daniel. When he took over in 2001, ABR was a small, respected but somewhat threatened monthly print magazine.

Now it's all over the shop. As well as the print magazine there's a digital version and a website, with plenty of free content. Recently it has branched out into arts reviewing with its online magazine ABR Arts. It offers three lucrative international prizes, for poetry, short stories and essays; regular fellowships; and curated cultural tours overseas.

Rose realised that in order to survive, the magazine would need to diversify, to become entrepreneurial and to access different markets. The combination of print and digital keeps the magazine vital and relevant, he says. A key goal has been the pursuit of patrons and sponsors, a philanthropic model of funding more often found in the performing arts world: "It explodes the deep-seated view that literature can't hope to enjoy the same kind of patronage."

While some of ABR's contributors are old-guard reviewers from academia and the mainstream media (disclosure: I am one), the magazine has a policy of finding and nurturing new reviewers and essayists. "Practically every day I'm approached by bright young things," Rose says. "They are every bit as passionate about literary culture as past generations were. They are the future."

Aspiring literary and arts writers work for notoriously bad pay, and sometimes no pay at all; in the past five years, Rose has trebled the magazine's pay rates, and hopes to go on increasing them.

With dwindling space in traditional outlets and a plethora of unreliable reviews on the internet, the magazine battles a continuing perception that literary and arts journalism is in crisis. But Rose finds that view an unconvincing cliche.

"If there is a crisis, it's because Australians are not being offered enough substantial edited curated knowledgeable arts journalism," he says. "That's why I decided to expand our coverage. We're not a Mickey Mouse country in terms of cultural activity and we deserve better arts journalism than we're being given."

ABR has long held ambitions to attract an international following, to become the kind of cultural beacon that draws readers to The London Review of Books or The Times Literary Supplement or The New York Review of Books.

But its core business is still books by Australians, which make up 75 per cent of the books reviewed. And for all the new, diversified forms, the bells and whistles, the aim remains the same: "to provide stylish, intelligent literary journalism". With arts journalism thrown in.

Lyrically, it primarily focuses on two aspects of the Carters' lives: their marriage and their success. END_OF_DOCUMENT_TOKEN_TO_BE_REPLACED

Griffiths, who is about to begin editing the Melbourne Cup drama Ride Like A Girl after finishing the shoot, endorsed Hollywood star Sandra Bullock's recent comment that it was time for women to "stop being polite" about gender equality. END_OF_DOCUMENT_TOKEN_TO_BE_REPLACED

"Decades after the nations child welfare system ended the use of orphanages over concerns about the lasting trauma to children, the administration is standing up new institutions to hold Central American toddlers that the government separated from their parents." END_OF_DOCUMENT_TOKEN_TO_BE_REPLACED