A Calgary hospital has become the first in Canada to treat patients with virtual reality technology. It has seen patients experience a 75-percent reduction in discomfort by escaping their surroundings during painful procedures.

Cuthbertson found that utilizing the VR technology helped him to escape his grim hospital surroundings and take in a calming virtual lakeside campground, a prehistoric landscape with dinosaurs, or a tranquil ocean to swim with dolphins.

The Rockyview General Hospital achieves a national first with its virtual reality program for wound care patients. The technology has been proven to significantly reduce pain and anxiety levels, and its being trialed at other sites in the Calgary Zone. pic.twitter.com/b7PRMPXcYF

“Its a godsend,” he said. “Even with painkillers, the first time I had wound care after my surgery, the pain was excruciating. But with virtual reality, I got through the next treatment with flying colors. I was focused on what I was seeing and hearing, and not thinking at all about how painful it might be. All of the sudden, one-and-a-half hours go by and its all over. It was awesome.”

Rockyview is the first hospital in Canada to use VR technology to allow patients to alleviate their pain, nausea and anxiety by escaping to one of 12 VR experiences. The hospital said patients reported a 75-percent reduction in discomfort and a 31-percent improvement in overall experience.

READ MORE: When technology makes it possible, our brains will be ready to be teleported across space – study

An anonymous donor funded the purchase of two Samsung Gear headsets, which hospital staff say could transform patient care that heavily relies on painkillers and sedatives. Patients reported no side effects from using VR and the method could be used as a complementary therapy to reduce dependency on drugs.

“You can see an immediate effect in their body language, in their breathing. Their whole body relaxes,” said wound-care physiotherapist Jaclyn Frank to CBC.

“Their breathing slows down and you can tell that they've been transported somewhere else and they're not in the wounds room receiving what can potentially be a painful treatment with us,” she added.

The technology is now being tested in the hospitals intensive and cardiac care units, while results from the study are being shared with hospitals across the country.

“We're kind of looking to expand anywhere it would be helpful,” said Scout Windsor, a video conference tele-health technician at the hospital.

New and more affordable VR technology has made it easier for patients to benefit from the calming technique. A recent study by the Los Angeles hospital Cedars-Sinai involving 100 patients found those who watched calming videos on a VR headset reported a 24-percent drop in pain. 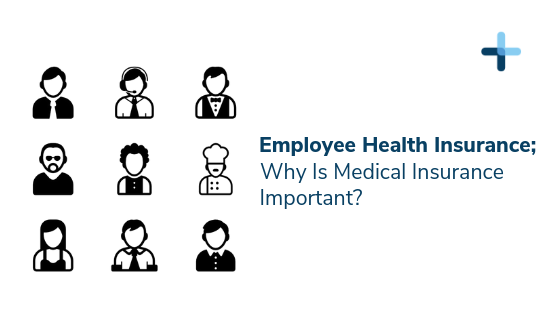 Health insurance is a critical part of protecting your health. It gives you peace of mind and allows you to focus on living a healthy life. Without it, your health can be threatened by unexpected medical expenses.

The cost of health care is skyrocketing in many areas of the world. Unexpected illnesses and injuries can leave a person in financial ruin.

A lack of health insurance can lead to medical debt and bankruptcy. Medical bills for emergencies can easily exceed thousands of dollars. Not only can these bills drain your savings, but they can also hurt your credit score.

Insurance providers are willing to adjust the terms of your plan based on changes in your lifestyle. In addition, you may qualify for a tax break or reduced premium.

Health insurance can cover the costs of preventive care, such as annual physicals, screenings, and vaccinations. Preventive care is an important way to avoid developing serious illness.

If you do become sick, your insurance will cover the costs of surgery, emergency room visits, and other treatments. You can even receive free preventive care through your health insurance.

Without health insurance, you will often delay seeing a doctor until you are very ill. This is a dangerous habit. When you are in pain, you are more likely to seek medical attention.

The lack of insurance also leads to a higher risk of death for uninsured adults. Women with breast cancer have a 49 percent greater risk of dying if they do not have health insurance.

How to Build a Successful Business Without Social Media 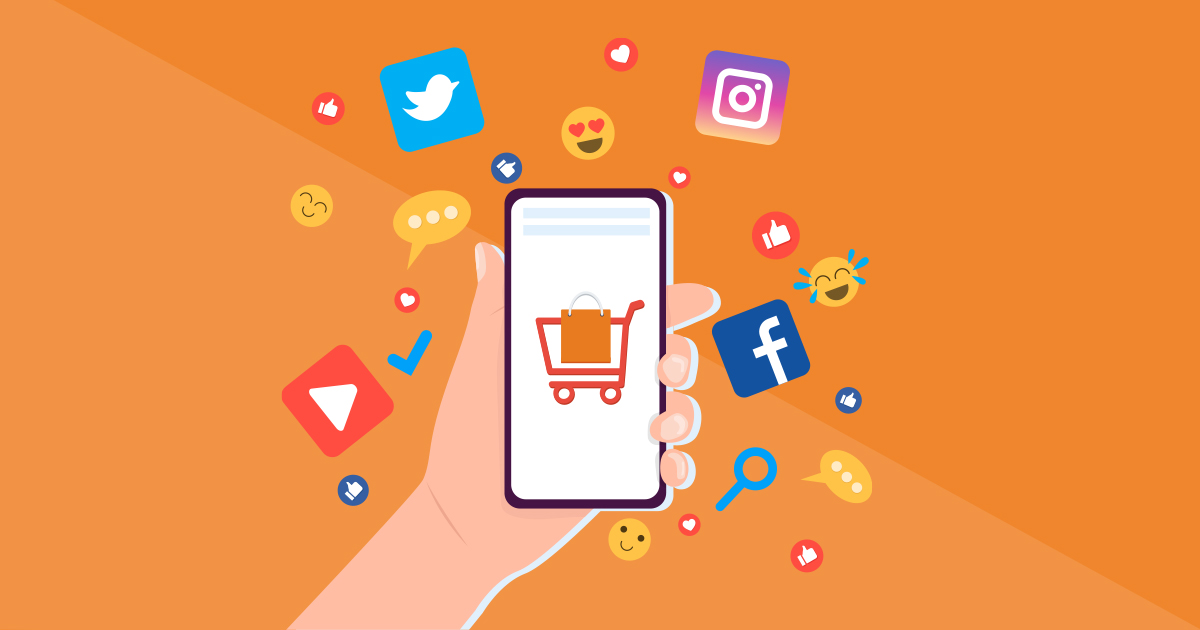 Social media is a powerful tool for any business. It helps you engage with your audience and can lead to more traffic, better SEO and increased conversion rates. However, it takes time to build a following. The process can take several months or even years.

While social media can help you connect with your audience, it’s important to maintain a consistent voice. This will help establish a positive impression and create a loyal following.

Social media can also be a great tool for monitoring customer behavior. You can learn more about your customers’ interests, preferences, and needs. When you know who your audience is, you can tailor your content to meet their specific needs.

If you want to get the most out of your social media strategy, set goals. Be sure to measure your results and adjust your spending accordingly. Also, use a SMART goal strategy. Goals that are attainable and relevant to your business will help you reach your overall objectives.

A good strategy is to allow one hour each day to interact with your audience on social media. Respond to any comments, inquiries, or concerns your audience may have.

Another benefit of monitoring social media is gaining industry insight. This information can help you make important business decisions. Knowing your competition can help you fill in strategy gaps and identify your target audience.

Having a social media presence can be a fun and exciting way to generate leads, increase traffic and improve SEO. You can also promote your business, interact with customers, and create a friendly atmosphere that keeps people coming back. 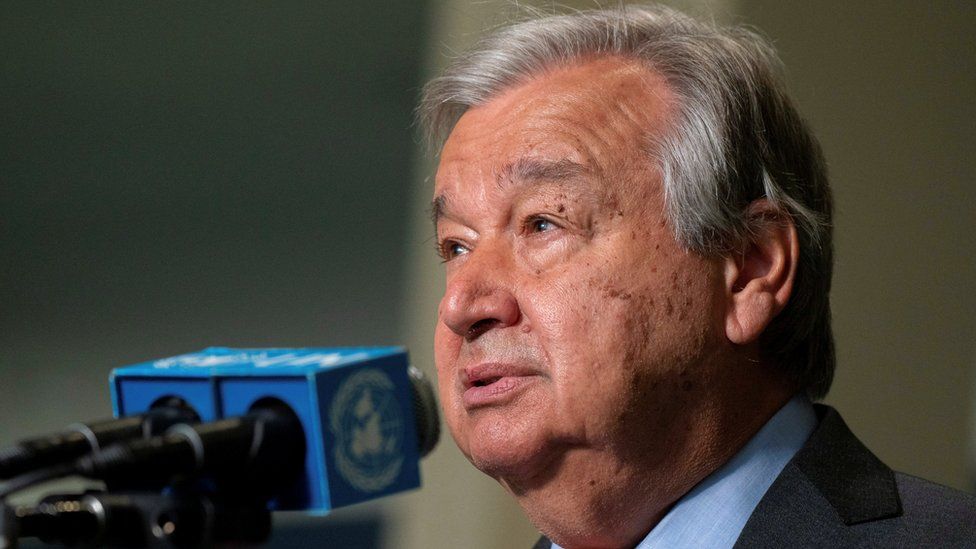 The world is one misstep from devastating nuclear war and in peril not seen since the Cold War, the UN Secretary General has warned.

“We have been extraordinarily lucky so far,” Antonio Guterres said.

Amid rising global tensions, “humanity is just one misunderstanding, one miscalculation away from nuclear annihilation”, he added.

His remarks came at the opening of a conference for countries signed up to the nuclear Non-Proliferation Treaty.

The 1968 deal was introduced after the Cuban missile crisis, an event often portrayed as the closest the world ever came to nuclear war. The treaty was designed to stop the spread of nuclear weapons to more countries, and to pursue the ultimate goal of complete nuclear disarmament.

Almost every nation on Earth is signed up to the NPT, including the five biggest nuclear powers. But among the handful of states never to sign are four known or suspected to have nuclear weapons: India, Israel, North Korea and Pakistan.

Secretary General Guterres said the “luck” the world had enjoyed so far in avoiding a nuclear catastrophe may not last – and urged the world to renew a push towards eliminating all such weapons.

“Luck is not a strategy. Nor is it a shield from geopolitical tensions boiling over into nuclear conflict,” he said.

And he warned that those international tensions were “reaching new highs” – pointing specifically to the invasion of Ukraine, tensions on the Korean peninsula and in the Middle East as examples.

He also threatened anyone standing in Russia’s way with consequences “you have never seen in your history”. Russia’s nuclear strategy includes the use of nuclear weapons if the state’s existence is under threat.

On Monday, Mr Putin wrote to the same non-proliferation conference Mr Guterres opened, declaring that “there can be no winners in a nuclear war and it should never be unleashed”.

But Russia still found itself criticised at the NPT conference.

US Secretary of State Antony Blinken condemned what he called Russia’s sabre-rattling – and pointed out that Ukraine had handed over its Soviet-era nuclear weapons in 1994, after receiving assurances of its future security from Russia and others.

“What message does this send to any country around the world that may think that it needs to have nuclear weapons – to protect, to defend, to deter aggression against its sovereignty and independence?” he asked. “The worst possible message”.

Today, some 13,000 nuclear weapons are thought to remain in service in the arsenals of the nine nuclear-armed states – far lower than the estimated 60,000 stockpiled during the peak of the mid-1980s.