Europe knows it has a vaccine problem — its just not sure how to fix it.

A combination of deep-rooted social and political forces, including the rise of populism and a loss of trust in institutions, is fueling the resurgence of infectious diseases across Europe, according to experts.

With measles on the rise across the bloc, Brussels has taken a scattergun approach in trying to nudge countries to align vaccination schedules, clamp down on misinformation and improve vaccine availability.

Yet while people understand that vaccines are important, according to the Eurobarometer poll released Friday, a majority in more than 16 countries say vaccines are often linked to serious side effects, and more than a third of people say vaccines can cause the disease against which they protect — both of which are untrue.

“Were dealing with whole belief systems about the way the world operates in general and the role that elites and experts play in the world” — Jonathan Kennedy, university lecturer

All the while, politicians running on anti-establishment platforms opposed to mandatory vaccinations, and in some cases stoking fears on the dangers of jabs, continue to gain support.

“Were not dealing with peoples misconceptions about vaccines. Were dealing with whole belief systems about the way the world operates in general and the role that elites and experts play in the world,” said Jonathan Kennedy, a lecturer in global health at Queen Mary University of London, who has tracked the link between the rise in populism and vaccine hesitancy.

“Unless these bigger political and economic factors are addressed, unless these people feel like they have a stake in society, then I think its pretty hard to think how their views can be countered,” Kennedy said.

As governments including France and Italy celebrate the success of mandatory jab programs in raising coverage rates, the poll indicates thats doing little to combat misinformation. In France, 60 percent of people incorrectly believe vaccines often cause serious side effects — the fourth highest result among EU countries behind Cyprus, Croatia and Malta.

With measles on the rise across the bloc, Brussels has taken a scattergun approach in trying to nudge countries to align vaccination schedules, clamp down on misinformation and improve vaccine availability | Jasper Jacobs/AFP via Getty Images

Emilie Karafillakis, a research fellow at the London School of Hygiene and Tropical Medicine, who co-authored a report for the Commission on vaccine confidence, said concerns in France are linked to a “general mistrust of health authorities” as well as cultural barriers such as the popularity of homeopaths who may not support vaccination. She also pointed to difficulties for parents who do want to get their kids vaccinated, but run up against issues in navigating the complexities of the health system.

After Paris increased the number of compulsory vaccinations in 2018, preliminary data from the health ministry showed immunization rates increased as a result.

Members of the far-right National Rally had opposed the policy, arguing people should have the right to make their own decisions on health care.

In the U.K., where public health policies pushing vaccination have been pursued strongly since the discrediting of British doctor Andrew Wakefields claims linking the MMR (measles, mumps and rubella) jab with autism, 54 percent of people still believe vaccines often cause serious side effects.

National Health Service chief Simon Stevens on Thursday warned public rejection of vaccines is a “growing public health time bomb” after a UNICEF study recorded more than 500,000 children in the U.K. did not receive the measles jab between 2010 and 2017.

While experts caveat the overall risk of measles is still low, European health authorities note that “large outbreaks with fatalities are ongoing in countries that had previously eliminated or interrupted endemic transmission.” There were more than 12,000 measles cases in the European Economic Area last year, and significant increases in France, Poland, the Czech Republic, Belgium, Bulgaria and Ireland in 2019. Outbreaks in Germany have prompted the health ministry to promise a plan for vaccination by May.

The fact that measles is so highly infectious means it is usually the first contagious disease to emerge among unvaccinated kids.

“Theres growing evidence that some organizations are using the vaccine issue as a means to sow distrust in democratic institutions,” said Martin McKee, professor of European public health at the London School of Hygiene and Tropical Medicines. A study in the U.S. found Russian bots sent out both pro- and anti-vaccine messages to generate confusion in the lead up to the 2016 presidential election.

While the majority of people turn to their doctors for information about vaccines, around 20 percent of people said they consult internet sites and social media.

“One of the issues is that an awful lot of these messages are quite subliminal,” McKee said. “Its all about creating a climate and people may not know actRead More – Source

Mumps – is it the forgotten disease? 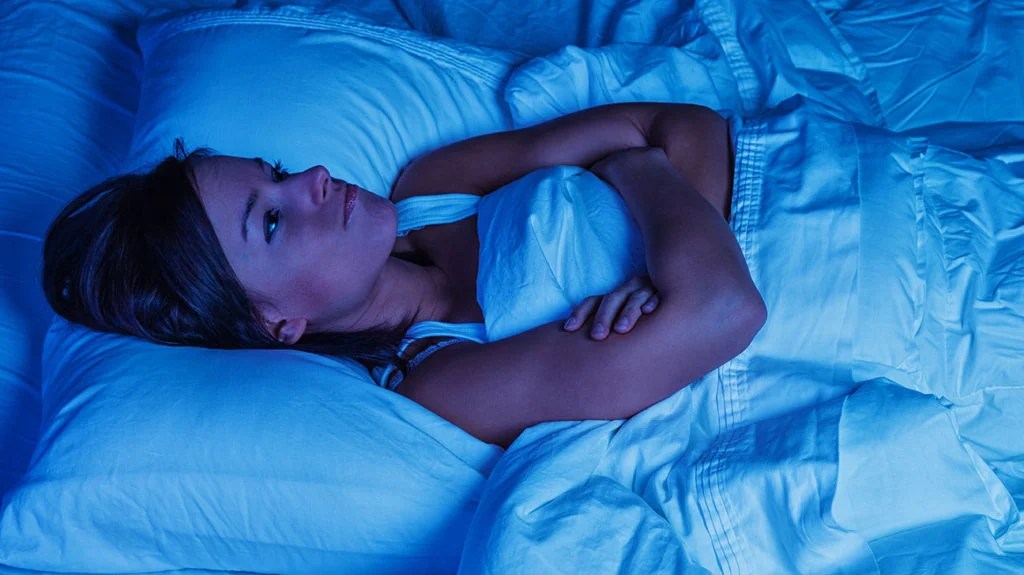 Sleeping patterns play a crucial role in our overall health and well-being, including our mental health. A good night’s sleep is essential for maintaining physical and mental health, as well as for improving our mood, productivity, and cognitive function. However, disrupted sleeping patterns, such as insomnia or sleep apnea, can have negative effects on our mental health, leading to feelings of anxiety, depression, and stress.

Studies have shown that sleep deprivation can negatively impact mental health by altering the levels of neurotransmitters in the brain. These neurotransmitters play a crucial role in regulating our mood, emotions, and behavior. For example, a lack of sleep can lower the levels of serotonin, which is responsible for regulating mood, and increase the levels of cortisol, which is associated with stress. This can result in feelings of anxiety, depression, and irritability.

Moreover, disrupted sleeping patterns can interfere with the normal functioning of the brain, leading to decreased cognitive function and poor memory recall. This can have a significant impact on a person’s ability to perform everyday tasks and make decisions, leading to decreased confidence and self-esteem. The resulting stress and anxiety can further exacerbate the problems, creating a vicious cycle that is difficult to break.

Fortunately, there are steps that can be taken to improve sleeping patterns and protect mental health. Establishing a consistent sleep routine is essential for maintaining good sleep hygiene. This means going to bed and waking up at the same time every day, regardless of the day of the week. Creating a relaxing bedtime routine, such as reading a book or listening to soothing music, can also help promote a good night’s sleep.

Additionally, creating a sleep-friendly environment can also help improve sleep quality. This includes keeping the bedroom dark, quiet, and cool, as well as limiting exposure to screens, such as televisions and smartphones, before bedtime.

Finally, it is essential to address any underlying mental health problems that may be contributing to disrupted sleeping patterns. For example, depression and anxiety are common causes of insomnia and can often be treated with therapy or medication. Similarly, sleep apnea can be treated with lifestyle changes, such as weight loss and sleeping on your side, or with the use of a continuous positive airway pressure (CPAP) machine.

What Is PTSD? Symptoms, Causes, Diagnosis, and Treatment 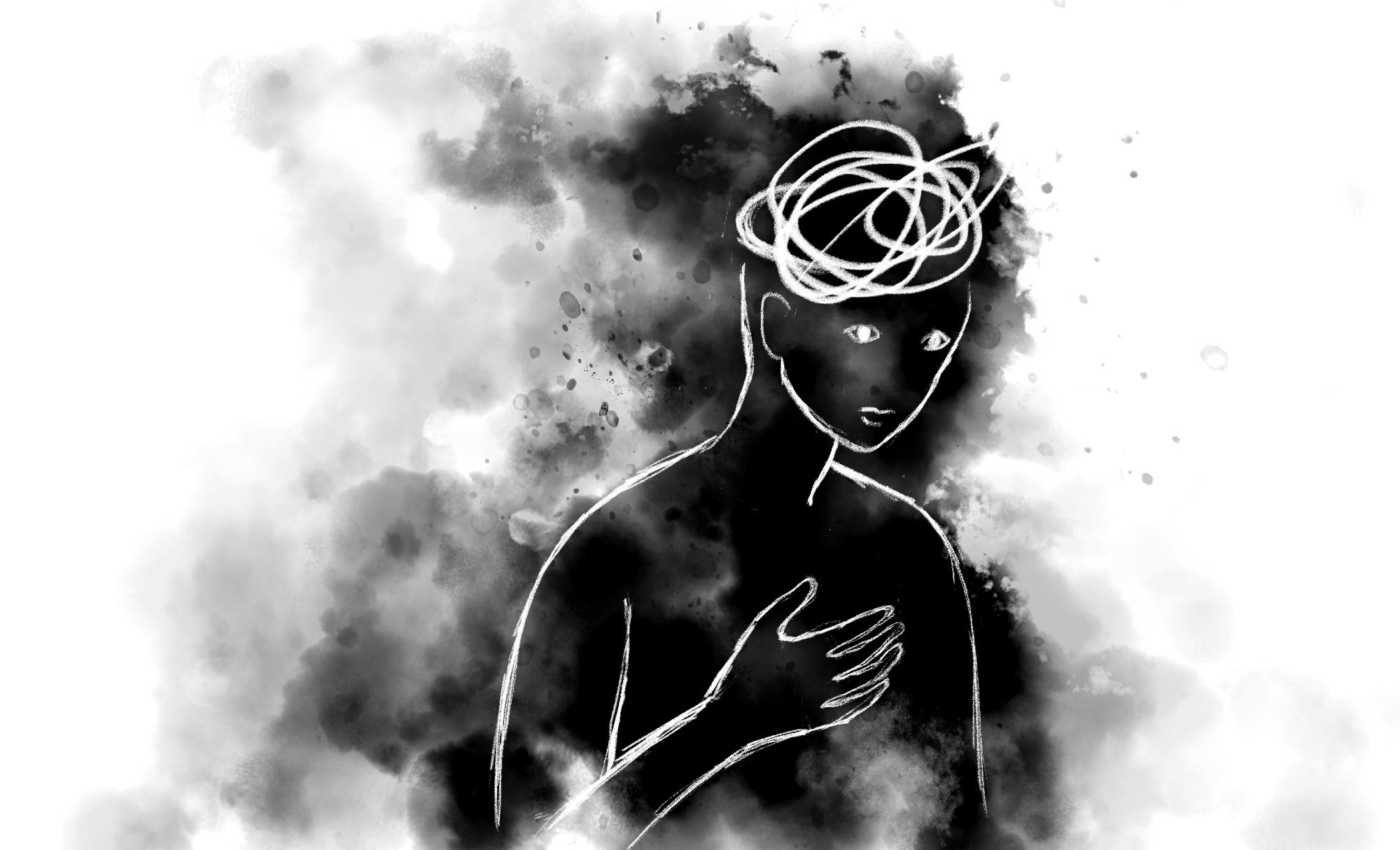 Post-Traumatic Stress Disorder (PTSD) is a mental health condition that can develop after a person experiences or witnesses a traumatic event such as a natural disaster, a car accident, or military combat. PTSD can cause intrusive and distressing symptoms that can impact a person’s daily life, relationships, and overall functioning.

Causes of PTSD: While the exact cause of PTSD is not known, it is believed to be related to a combination of biological and psychological factors. For some people, traumatic events can trigger changes in the brain that affect the way they process memories and emotions. Other factors such as previous trauma exposure, genetic predisposition, and a lack of social support can increase the likelihood of developing PTSD after a traumatic event.

Diagnosis of PTSD: A PTSD diagnosis is typically made by a mental health professional such as a psychologist or psychiatrist. They will evaluate the individual’s symptoms, history of traumatic events, and overall functioning to determine if they meet the criteria for PTSD. This typically involves a comprehensive clinical interview and a mental health assessment.

Treatment of PTSD: Treatment for PTSD is highly individualized and can vary depending on the severity and nature of the symptoms. The most effective treatments for PTSD typically involve a combination of medication and therapy.

Cognitive-behavioral therapy (CBT) is a type of therapy that is commonly used to treat PTSD. CBT helps individuals to change their thought patterns and behaviors in order to reduce their symptoms. Exposure therapy is another form of CBT that involves gradually and repeatedly exposing the individual to reminders of the traumatic event in a controlled environment until their anxiety decreases.

Eye Movement Desensitization and Reprocessing (EMDR) is another type of therapy that has been found to be effective in treating PTSD. EMDR involves guiding the individual to recall the traumatic event while focusing on a specific stimulus, such as the therapist’s hand movements, to help process and integrate the memory.

Group therapy can also be helpful for individuals with PTSD, as it provides a supportive environment where individuals can share their experiences with others who have gone through similar experiences.

In conclusion, PTSD is a debilitating condition that can impact a person’s daily life, relationships, and overall functioning. However, with the right treatment, individuals with PTSD can learn to manage their symptoms and improve their quality of life. If you or someone you know is struggling with symptoms of PTSD, it’s important to reach out for help and support.

Why is Preserved Nature a Prerequisite For Good Health? 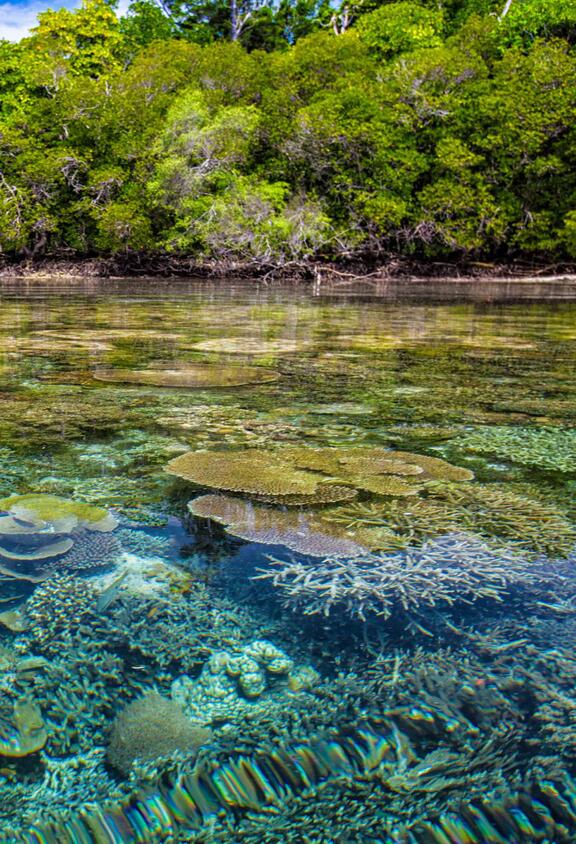 Investing in nature-based solutions is a cost-effective way to improve public health. In the UK, the 25-Year Plan for the Environment includes a commitment to protecting biodiversity. This means that city planners and conservation experts must work together to ensure the longevity of protected natural areas.

Several major cities in the world have protected areas. For example, the Table Mountain National Park protects 25,000 hectares of Cape Town flora, while the Sydney Opera House is one of the largest protected parks in the world.

Many protected natural areas also promote outdoor activity programs. This can reduce the risk of certain diseases, such as malaria, and it may also increase the stocks of fish in marine protected areas. A recent study found that a neighborhood with 15% green spaces had a lower risk of cardiovascular disease.

Nature can also reduce feelings of anger and sadness. Studies have shown that access to nature can reduce the incidence of respiratory disorders, and it can prevent the spread of infectious diseases.